Types of coveralls or overalls

Disposable coverall, which usually have one day life span and are made of spunbound material

A hazmat suit (hazardous materials suit) is a piece of personal protective equipment that consists of an impermeable whole-body garment worn as protection against hazardous materials. Such suits are often combined with self-contained breathing apparatus (SCBA) to ensure a supply of breathable air. Hazmat suits are used by firefighters, emergency medical technicians, paramedics, researchers, personnel responding to toxic spills, specialists cleaning up contaminated facilities, and workers in toxic environments

A Coverall is a one-piece garment with full-length sleeves and legs like a jumpsuit, also known as overalls, but usually less tight-fitting. Its main feature is that it has no gap between jacket and trousers or between lapels, and no loose jacket tails. It often has a long thin pocket down the outside of the right thigh to hold long tools. It usually has a front fastening extending the whole length of the front of the body up to the throat, with no lapels. It may be fastened with buttons, a zip, velcro, or snap fasteners. Coveralls with an attached hood are available. The word “Coverall“ may also refer to disposable garments such as DuPont’s Tyvek suits.

Coveralls are most often worn as protective clothing over “street” clothes at work, but sometimes instead of ordinary jackets and trousers. Of Late coveralls are used by people doing sanitization and other jobs they would not want everyday clothes to get dirty

There are no reviews yet.

Be the first to review “Disposable coverall Tyvek” Cancel reply 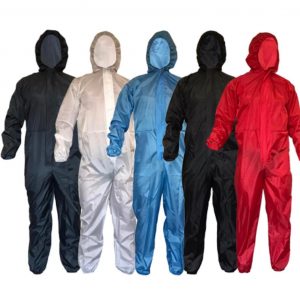 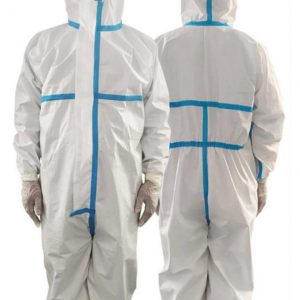 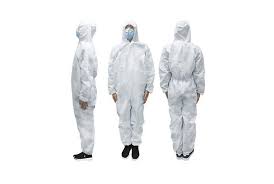 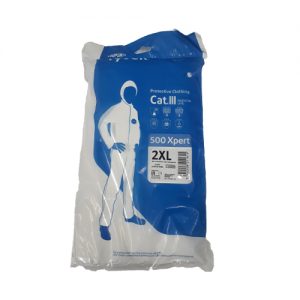 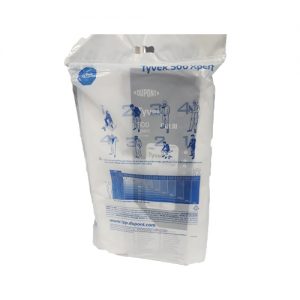 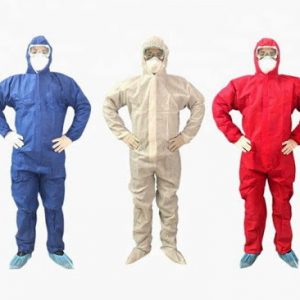 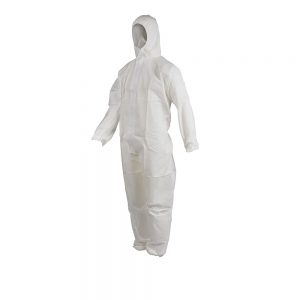 Please ask for our Minimum Quantity order, if you want our wholesale price. Dismiss